Thinking about the name Glenmont and Elisha Hurlbut

or There is Always Something New to Learn

A while back, March 14, 2017, to be exact, I wrote some thoughts about the name Glenmont and the story I heard about it. Pop over and read it.  I'll wait.
https://bethlehemnyhistory.blogspot.com/2017/03/thoughts-about-glenmont-and-frazertown.html

Now, thanks to the detective work of Chris Philippo, I can shed some more light on the name Glenmont.  Turns out it was devised by Elisha P. Hurlbut.  Also it turns out that Hurlbut wrote pages and pages of journals from 1858-1887 and that Jeffrey Dunnington wrote his master's thesis about them.  And low and behold page 8:

"Hurlbut lived his entire life in New York, predominantly in the Albany area....

After residing in his native county for eight years, he moved southeast to a farmhouse just outside of Albany called Abbey Farm. Here, he significantly improved the property, maintaining a farmhouse that he renamed Glenmont-on-the-Hudson. Located on twelve acres, Hulbut gave the old mansion its name because it was “strongly marked by a hill and a glen,” yet it was a short carriage ride from the city of Albany. He feared appearing “snobbish” from naming his property, but he could not bear to keep the same name it possessed when the property housed debaucherous taverns prior to his purchase of the land. Hurlbut would live out the remaining thirty years of his life at Glenmont, prior to his passing on September 5, 1889."

So there you have it, the origin of the name Glenmont.

But did you get the part about the debaucherous taverns?  That probably refers to the old Abbey Hotel established in the 1700s possibly by a Van Rensselaer and later run by Hugh Jolley and later still by Henry Parr.  There is also this gem on page 78:

"As a man who avoided alcohol consumption, the drunkenness people exhibited on Sundays greatly irritated Hurlbut. One particular instance in May 1871 caused him to rant on the vulgarity of Sundays. After hearing the yells of “drunken carousers” at a tavern a quarter mile away from Glenmont, he saw a man, whose family Hurlbut had recently befriended, walk up the road to Glenmont where he passed out on the side of the road. After allowing the man to lie in a ditch for a couple of hours, Hurlbut summoned the man’s wife and children to carry him away."

Anyway, I am making light of Hurlbut because I like the phrase "debaucherous taverns."  He really was an important personage, influential attorney and judge (elected to N.Y. Supreme court in 1847), staunch advocate of Woman Suffrage, essayist about many topics including secular views on religion and phrenology. Husband to Catherine Cuyler Van Vechten and father to .Jeanette Cuyler,  Bertha Van Vechten, Gansevoort de Wandelaer and Ernest Cole. 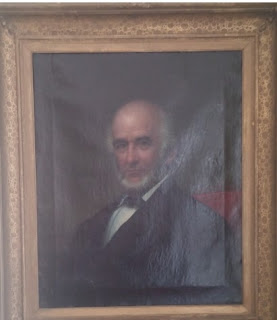 Figure 1. Photo of portrait of Elisha P. Hurlbut. The portrait was painted by Asa Twitchell in 1871 at Glenmont-on-the-Hudson. The portrait hangs in the home of Emily D. McDaniel in Franktown, Virginia. Photo taken by Jeffrey Dunnington