The Lions at Cedar Hill

The January Then and Now article for Our Towne Bethlehem about the Mansion at Cedar Hill (AKA The Governor Glynn Mansion - see previous blog posts) was one of the hardest ones for me to write.*  There are so many stories related to this property and house from the Cooper, Lyon, Glynn and Prior families.   The Prior family tenancy during the Prohibition era was especially rich - horses in the living room, payments in Great Danes, contraband liquor stored in the ice house, trees painted white to show up intruders after dark.  Wonderful stuff, but is it true?

So instead, for this post I am going to talk about the lions.

I am often asked about these lions and for years I had to say "I just don't know."  They mark the entrance to the old Lyon estate. There used to be a pair on River Road near the Cedar Hill Schoolhouse but these have been moved in recent years.  The ones below are on Barent Winne Road on the way to Henry Hudson Park.  ﻿﻿﻿
﻿﻿﻿﻿﻿
I recently found this newspaper clipping from the May 26, 1899 issue of the Altamont Enterprise: 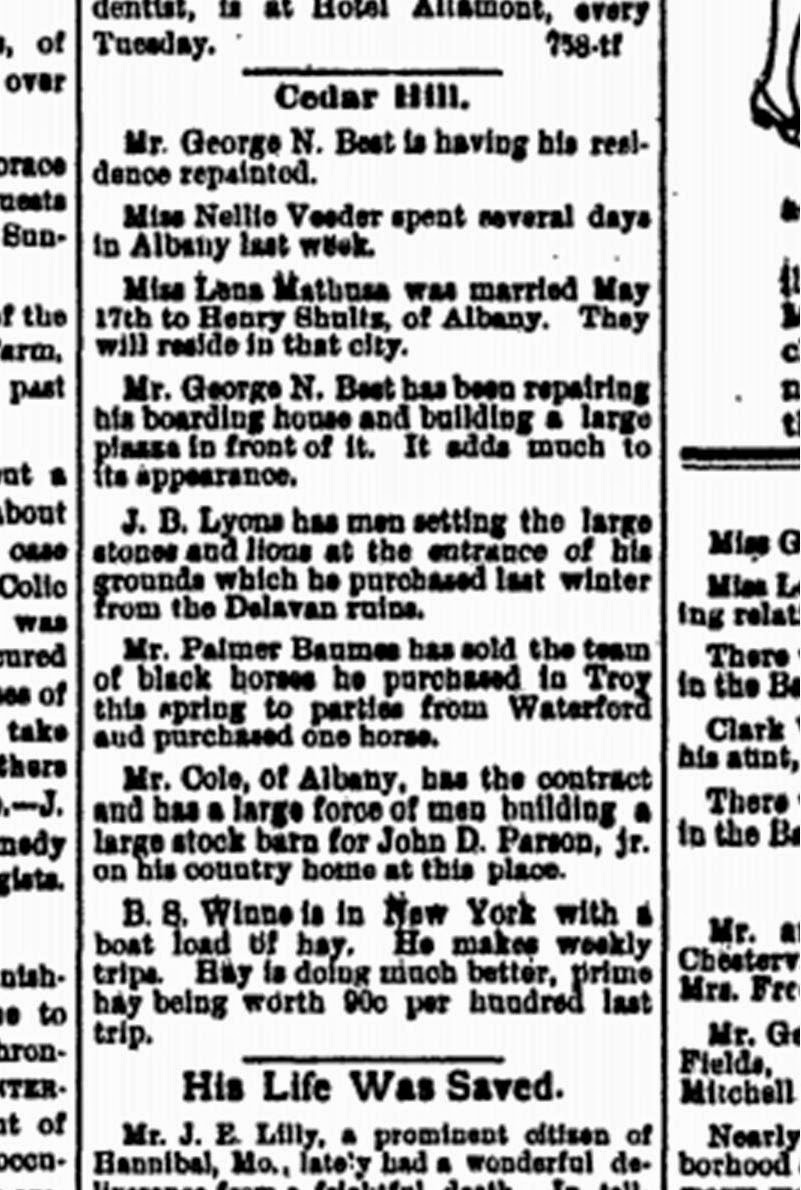 Apparently, J.B. Lyon purchased the lions from the old Delavan Hotel. As the Altamont Enterprise so succinctly, and rather grimly, puts it in their January 4, 1895 issue:  "The Delavan, the largest hotel in Albany, was discovered to be on fire about 9 o’clock Sunday evening, and though the alarm was immediately given all efforts to save it proved unavailing and the building burned to the ground.  Fifteen persons, mostly help about the hotel, were burned to death."

A quick Google search on the fire also turned up some photos at the Museum of the City of New York.  Check it out here:  http://collections.mcny.org/C.aspx?VP3=SearchResult_VPage&VBID=24UAYWRF03VF
Interestingly, the lions in these photos are standing up, ours are sitting down.

The big mystery is why did Lyon inscribe Guy Park on the pedestals.  Obviously it is the name of his estate in Cedar Hill, but is there any connection to the Guy Park in Amsterdam, New York?

I have a few tantalizing clues that John Taylor Cooper (he's the one who purchased the property from the VanRennselaers and later sold it to Lyon) was related to the Johnson family in Amsterdam through his mother, Margaret Taylor (daughter of Lt. Gov of NY John Taylor - there is an interesting story about a table at the Albany Institute that belonged to Sir William Johnson that was purchased by John Taylor after Johnson's property was confiscated after the American Revolution - but I digress).  The Georgian colonial house at Guy Park in Amsterdam was built in 1774 for Guy Johnson, nephew and son in law of Sir William Johnson.

In my search for facts, I came across this article from The Knickerbocker News dated March 5, 1969 which just served to further muddy the waters. 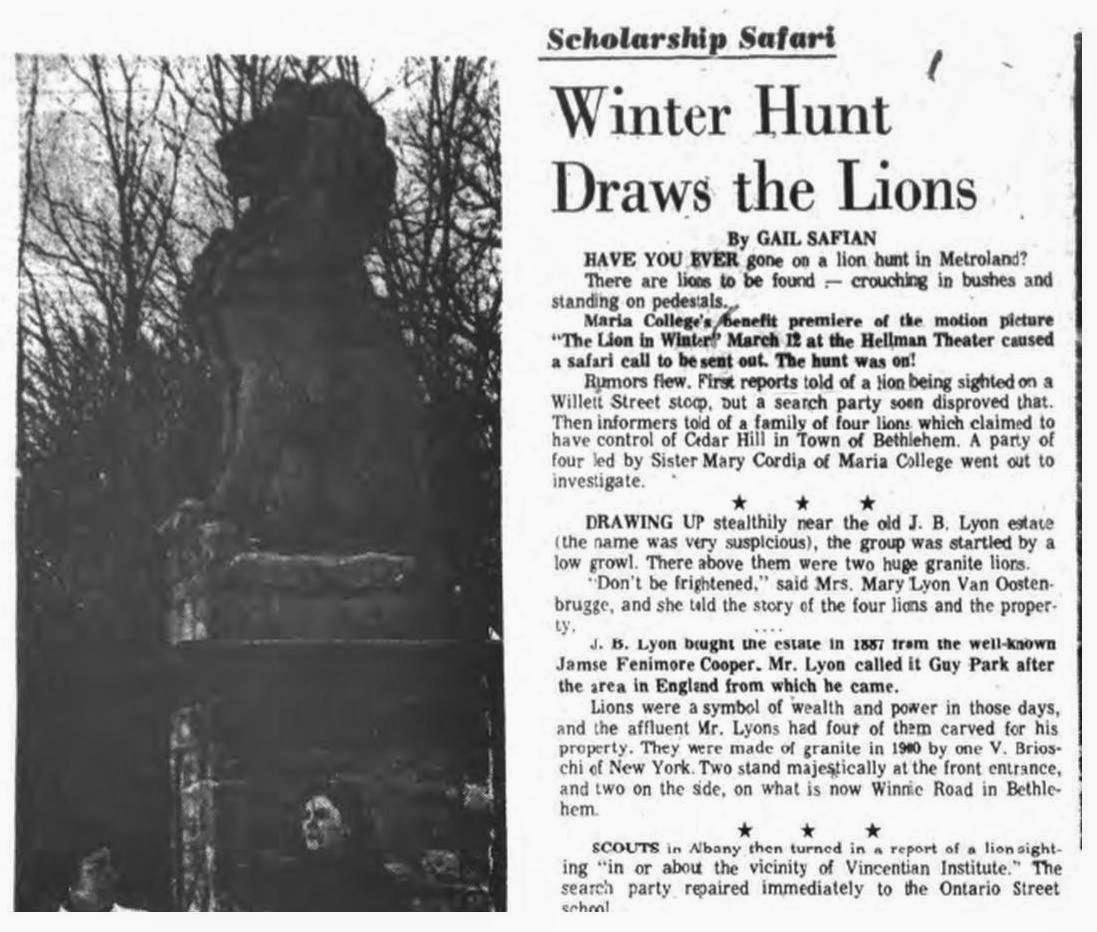 Given that I know James Fenimore Cooper did not at any time own the estate, the other story about Lyon naming it Guy Park after a place in England seems suspect as well.


*Check out the complete article at http://www.ourtownebethlehem.com/

Note: I apologize for all the fonts - I could wrestle with Blogger all day trying to fix it, but need to get on to other things.