I had this Bethlehem Moment (that is where I am exploring some sort of history - and suddenly say to myself - but wait - there is a Bethlehem connection) when I first visited the exhibit An Irrepressible Conflict: The Empire State in the Civil War at the New York State Museum.  I finally got back to take a photo of this poster. 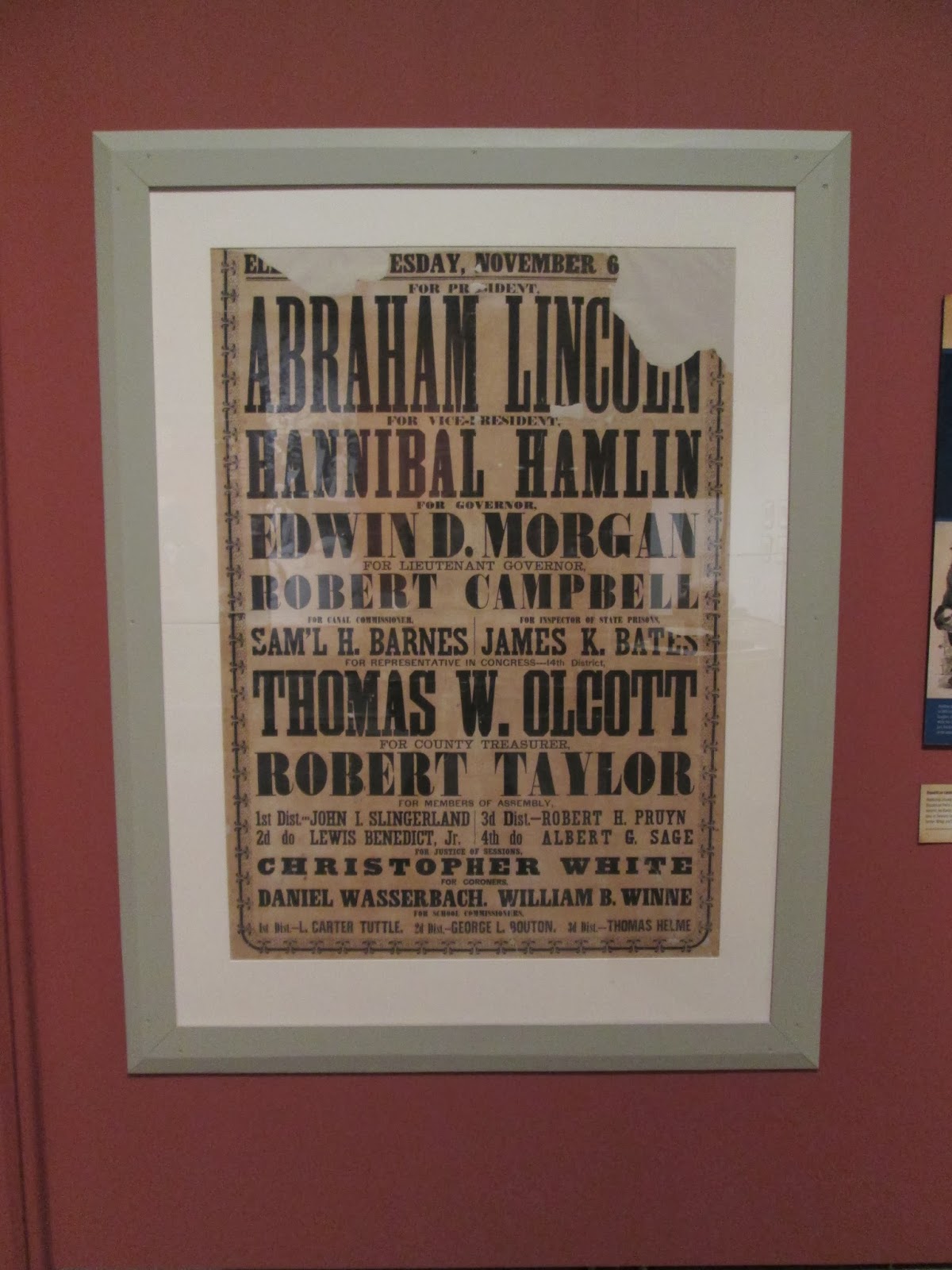 Did the Bethlehem names jump out at you too? 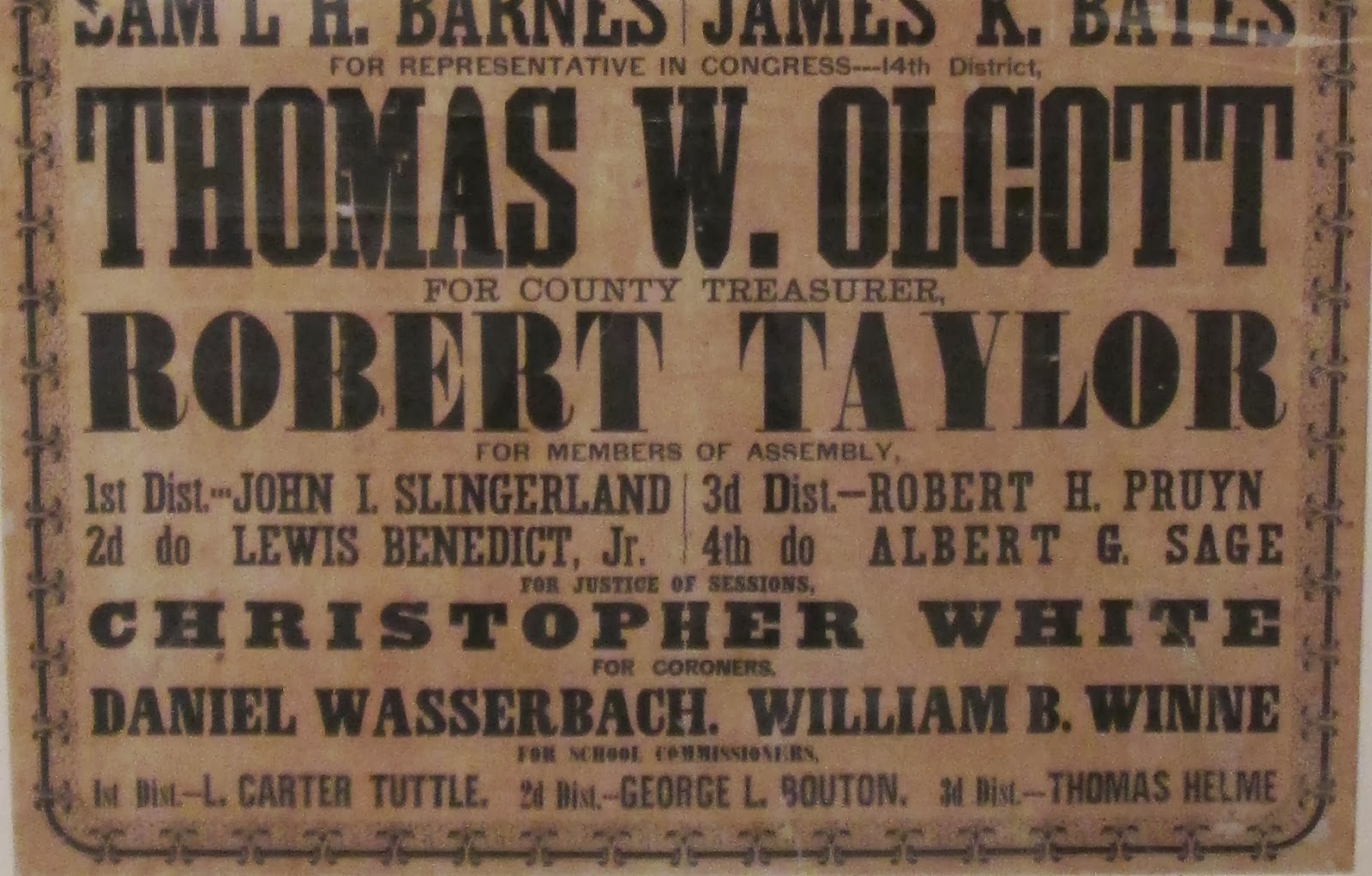 John I. Slingerland is the one that really caught me.  His is the family that our very own Slingerlands is named after and his home still stands on New Scotland Road a couple of houses west of the Toll Gate Restaurant.

Here's what my trolley tour notes say about him:

1804-1861 us congressman (1847-49) also NY state assembly, married Elizabeth Vanderzee Several of his eloquent speeches in the House of Representatives contain passionate statements against slavery, "that direful curse of human bondage that must be kept within constitutional limits." later married Sally Hall, his account book is in the archives,died in Slingerlands house.

I'd often brag that he served in Congress with Abraham Lincoln.

And then to be walking through the exhibit, taking in the grand sweep of New York's participation in this national event, there at the bottom of the poster is John I. Slingerland, confirming in a primary source document what I had read in Bethlehem Revisited.  A nice Bethlehem Moment for me.

Check out the exhibit on line at http://www.nysm.nysed.gov/exhibits/special/CivilWar.cfm
Visit soon, it ends in March.

And if you are curious, I went to this site to verify that Slingerland did serve in Congress with Lincoln.
http://politicalgraveyard.com/index.html