Another gem from the Ravena Coeymans Historical Society...

Just around the corner to the left as you walk in the museum is a display with three old pictures of the Selkirk Rail Yards. 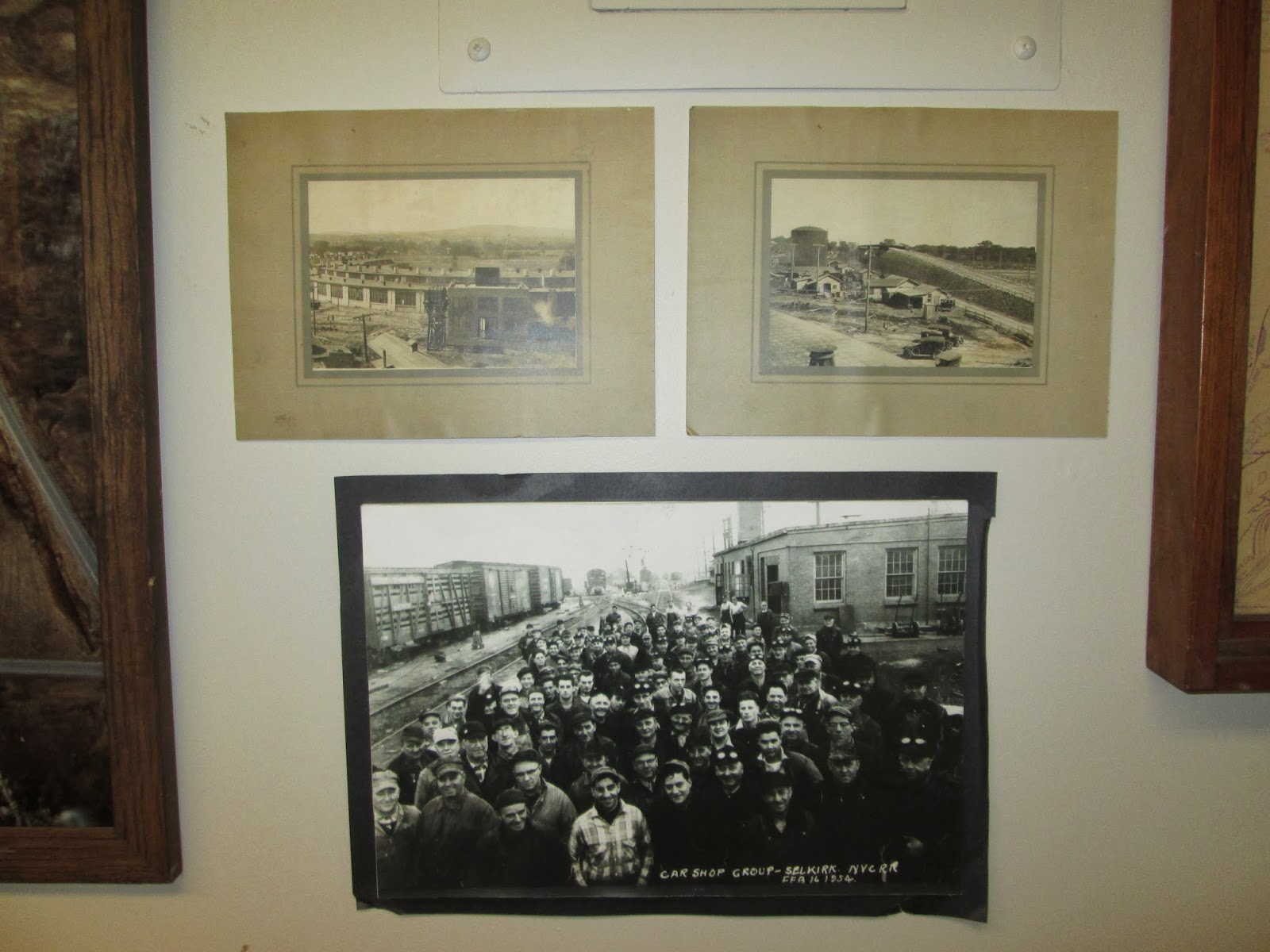 My favorite is the one of the roundhouse. Seeing a brand-new-to-me old photograph makes my historian's heart go pitter pat. 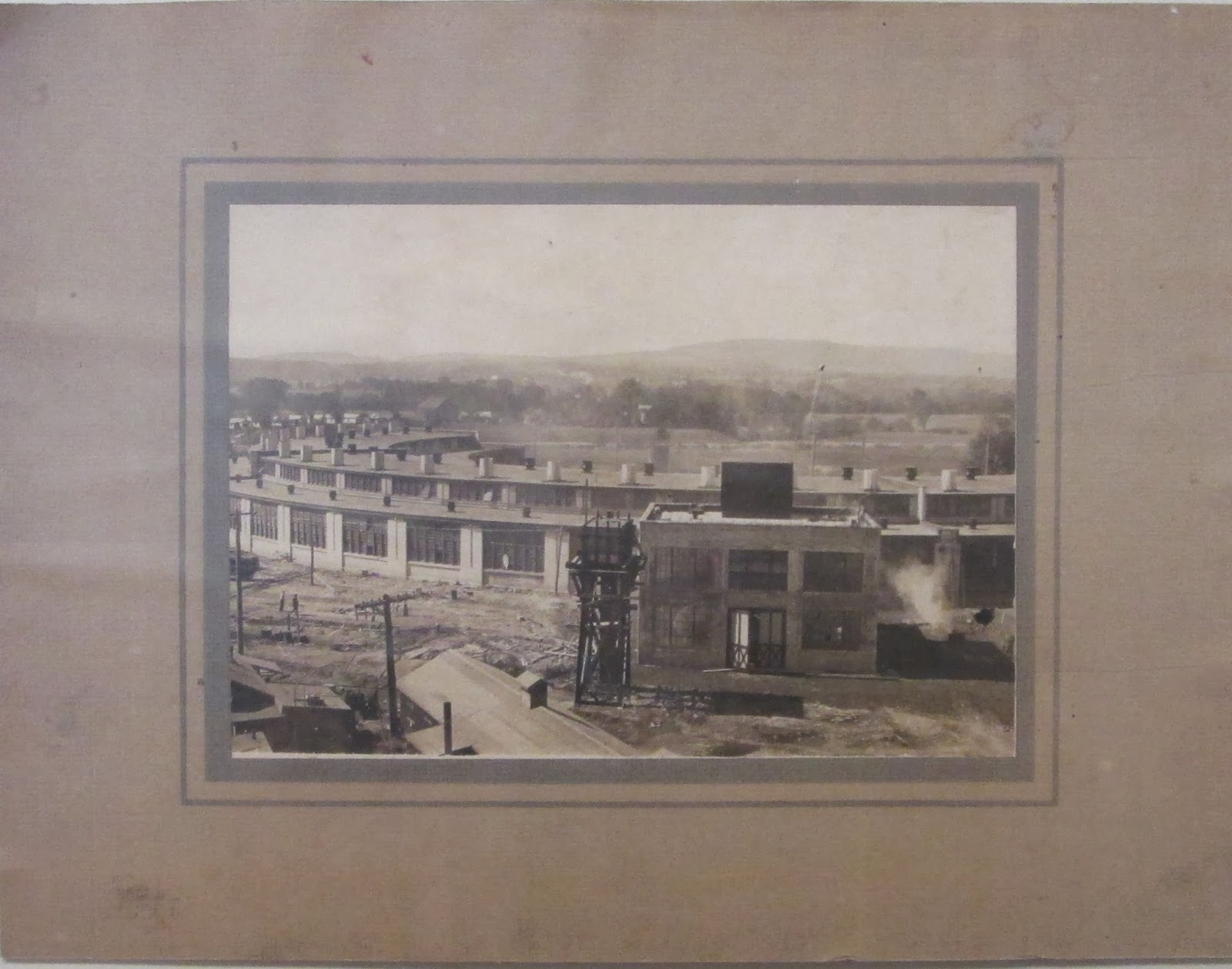 There used to be two roundhouses at the yards.   And if you look carefully at the aerial views available on Bing and/or Google Maps you can see the ghost image one of them in the scars on the land.

Here's a view from further out with the location above circled.

In case you don't know, the Selkirk Yards were part of the Castleton Cut-Off project and are located west of Route 9W and south of Creble Road in Bethlehem.

The Castleton Cut-Off project, conceived by Alfred H. Smith in the early 1920’s, included the Castleton Bridge that carries the New York Central’s tracks over the Hudson River and the Selkirk Railroad Yards where freight cars are sorted and classified.  The Cut-Off relieved congestion at the Albany Railroad Yards, and the rural setting left plenty of room for expansion.  Completed in 1924 at a cost of 25 million dollars, the yards were said to be the largest of their kind in the world.

A roundhouse is used to house locomotives while they are being serviced.  It is a large circular or semicircular structure that surrounds or is next to a turntable.  Engines are driven onto the turntable, then the table is turned to line the engine up with the appropriate stall.  I remember years ago being at the B&O Railroad Museum in Baltimore, MD and standing on their turntable.  It is so balanced that very little force is needed to turn the heavy locomotive. 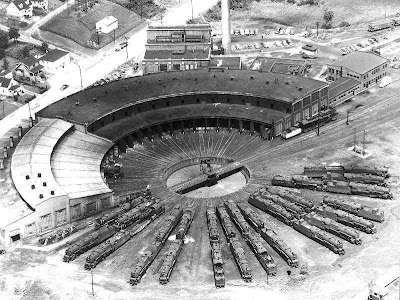 Here's an image of the Mingo Junction Roundhouse in Ohio to give you an idea.

Below is a picture of one of the Selkirk roundhouses being built. 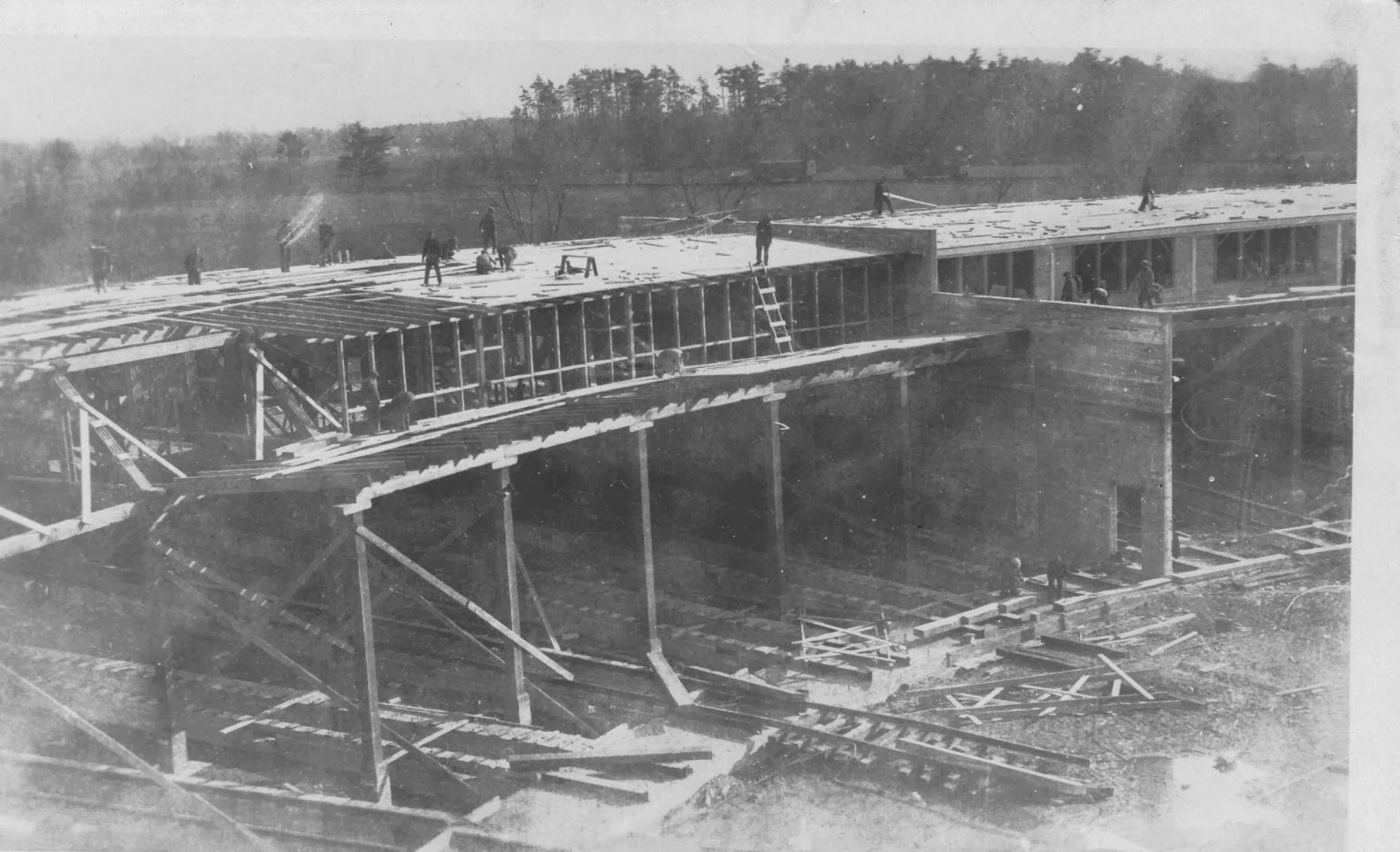 Today, the Selkirk Yards are an active, busy place and if you are a railroad buff, or know a young fan of Thomas the Tank Engine, a road trip is in order.