Last night I returned from vacationing in Asheville, North Carolina.  It is a very beautiful place and I had to do all the touristy things including a trolley tour and visit to the Biltmore Estate. And I had an awesome "Bethlehem History Moment" while mixing with the hoards of people touring the famous mansion.

First, here's a picture of the house taken from their website (biltmore.com).  It doesn't show the five million people that were there the day we were. (If you don't like crowds don't go on a Saturday.  Altho I must say, the place is very well run and we had a very nice experience!) 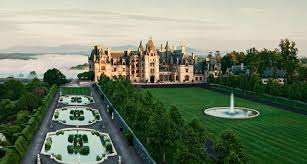 As you go along the self-guided tour, you come to the Tapestry Room.  My eyes were already starting to glaze over a little by this point, but I did turn around to look behind me and saw these portraits on either side of the door.  Who are they?  I wondered. 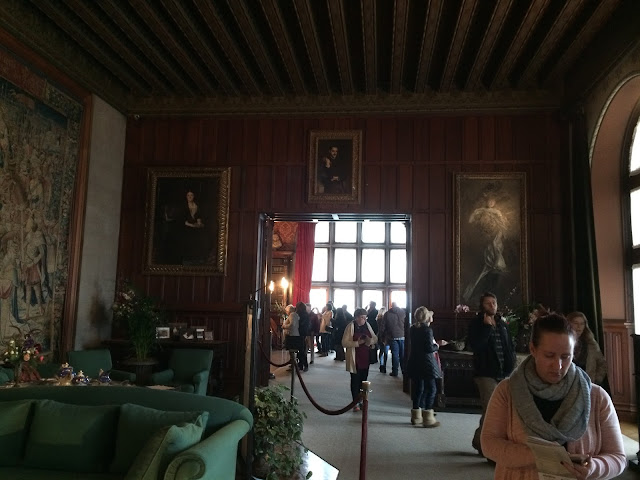 So I read the tour book, and lo and behold, the woman on the left is our very own Maria Louisa Kissam! She married William Henry Vanderbilt right here in Bethlehem on September 28, 1841. Pop over to this blog post from last year for the story about how they met.
http://bethlehemnyhistory.blogspot.com/2017/01/maria-louisa-kissam-and-william-henry.html

What a fun surprise!

So, then I started imagining this young woman, who grew up in Coeymans (!) and her experiences in this particular house. Her son's home.

Below is the whole write up that appeared in the New York Times when Maria Louisa died in 1896. I copied and pasted from Findagrave.com because I really want you to read it!  I don't think she ever forgot her roots and upbringing in rural Albany County.

Further along in the tour, in the Oak Sitting Room is the portrait below.  The guide book says this is "Mr. Vanderbilt's aunt, Mrs. Benjamin Kissam." So a sister-in-law to Maria Louisa.  It was also painted by John Singer Sargent. 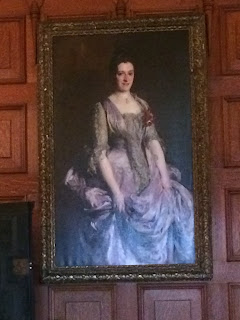