Looking for John I. Slingerland

Lately, I've been looking into the background of John I. Slingerland -  scion of the hamlet of Slingerlands, U.S. Congressman (13th District, 1847-49), NY State assemblyman (1843, 1860), husband of Sally, farmer, landowner, anti-renter - and have come up with a few news clippings I'd like to share.


First the Bad News reprinted in the September 12, 1858 issue of the Oneida Morning Herald from the Albany Express about John I's rotting potato crop.  Not that crop failure is funny, just the language amuses my 21st century ears. I am imagining exploding potatoes all over town. 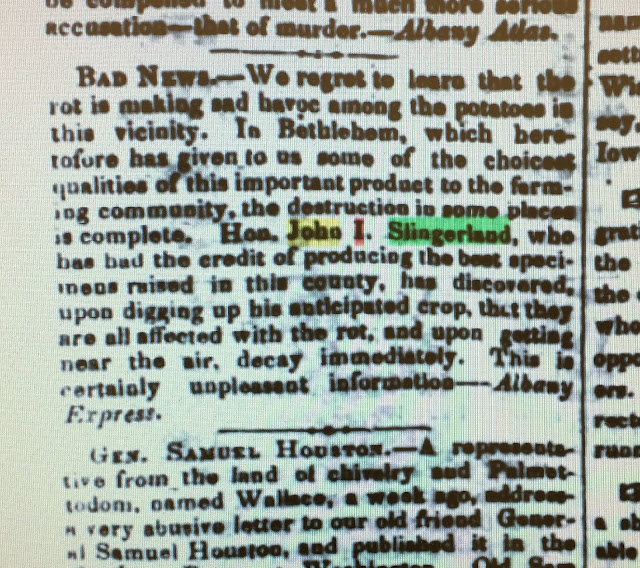 Here's one about John I's appearance at an Anti-Rent rally published in the New York Daily Tribune on December 30, 1857.  The writer is amused by Slingerland's "style of oratory" and the fact that "with a great deal of irrelevant talk he contrived to mingle facts and anecdotes that caught the attention and enlisted the sympathies of his audience." 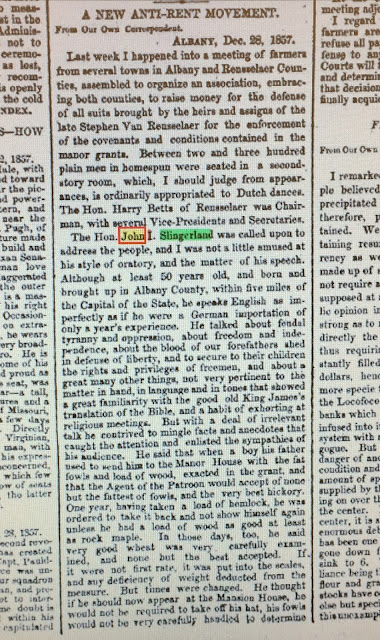 Here's another that notes how his "firm and manly adherence to the principles of his party will produce a greater effect upon the masses..." 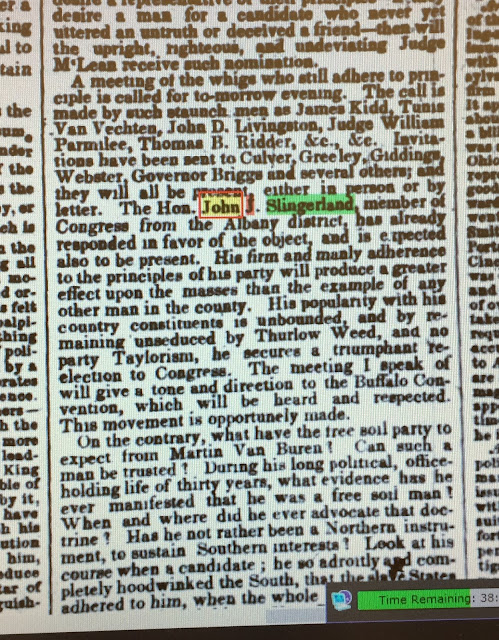 And my favorite so far, A Delightful Drive.  It was published in the Albany Morning Express, Tuesday Augsut 13, 1861. 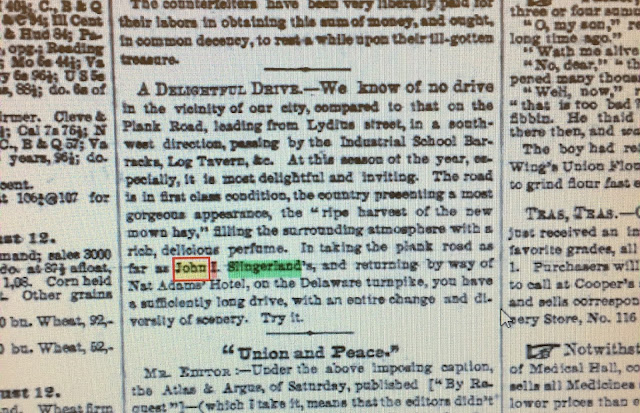 P.S.I hope you can read the articles from the pictures - I was too lazy to transcribe them all  ;)