It turns out that Marcus Reynolds designed at least 6 properties in Bethlehem.  Four of them I knew about.  One I knew of the house but didn't know Reynolds designed it.  And one is completely new to me.  I love it when that happens!

1. The Italian villa that is the Glenn house (AKA Gov Glynn Mansion, the former Elks Club, the Mansion at Cedar Hill) built in 1907.


2. The MacDonald chalet in Cedar Hill which I wrote about last month.

3. Reynolds also updated J. B. Lyon's  home at Cedar Hill with a library addition. Glenn, MacDonald and Lyons were all friends who all employed Reynolds for their Cedar Hill summer houses.

4.The Cedar Hill Schoolhouse re-designed and enlarged in 1907.* Now home of the Bethlehem Historical Association.

5. The Patterson house in Selkirk is the one I am aware of but didn't know Reynolds designed it.  It was built in 1901 as a summer home for General John H. Patterson and his wife Grace Learned Patterson.


and finally the mystery house

"Samuel Hessberg, the son of a shoe merchant who immigrated from Germany in 1845, had amassed a considerable fortune as a banker and broker.  In 1889 he became the manager of the Albany office of Bache & Co., stockbrokers and in 1893 he became a member of the firm.  Five years later he married Rose Brilleman, the daughter of a leading jeweler of Albany.  In their Selkirk house the Hessberg's may have used the Colonial Revival style to assimilate themselves, as Jews, into the upper-class WASP culture of upstate New York to which their money and taste, but not their ancestry, gave them entree.  In the late eighteenth and early nineteen  centuries the old Dutch and Yankee families of the Hudson River Valley had built columned mansions on the high ground beside the river."

But where exactly is the Hessberg's house? I have found plenty of newspaper references to the Hessbergs including notes about Samuel Hessberg of Cedar Hill being a founding member of the Albany County Farm Bureau (established in 1916) and a reference to Samuel's "model country estate."  But I still haven't figured out where the house is or was.  Your town historian is frustrated! 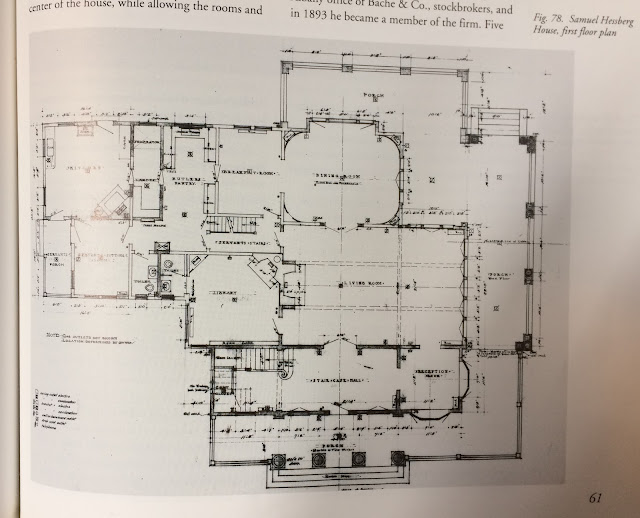 P.S. I was going to write a brief bio of Reynolds, but Paul Grondahl has already done an excellent one.  Follow this link to his write up for the Times Union.

*Another history mystery is that Allison Bennett reports in her book Times Remembered that the Cedar Hill Schoolhouse was originally designed as a one room school by "Mr. Van Guysling" in 1859.  Bethlehem Revisited expands this saying it was Walter Hunter Van Guysling.  Well, Walter Hunter Van Guysling, Albany based architect and apprentice to Marcus Reynolds, wasn't born until 1878. And it wasn't his father, Walter Franklin, because he worked for the New York Central for eons - his obituary from 1944 implies that he started with the railroad when he was 11 years old!