For the past two days I have been at the annual conference of the Association of Public Historians of New York State (APHNYS) which was held in Saratoga Springs.  It is always rewarding and educational for me to talk shop with other historians.

Yesterday afternoon we took a tour around Saratoga.  After an uncomfortable ride on a school bus (but lovely historic homes), a long tour through the Racing Museum, more riding around town on the school bus including a drive by the track and an icy drive through Yaddo, we arrived at the Canfield Casino   I was getting a little numb from all the history talk (historians can get tired of history too you know.)  As I looked around at the lovely architecture of the Casino and pretended to listen to the guide, my mind wandered.... what could the Bethlehem connection be? My numb brain finally shook out the fact that yes, Bethlehem had horse racing tracks too, three that I know of. 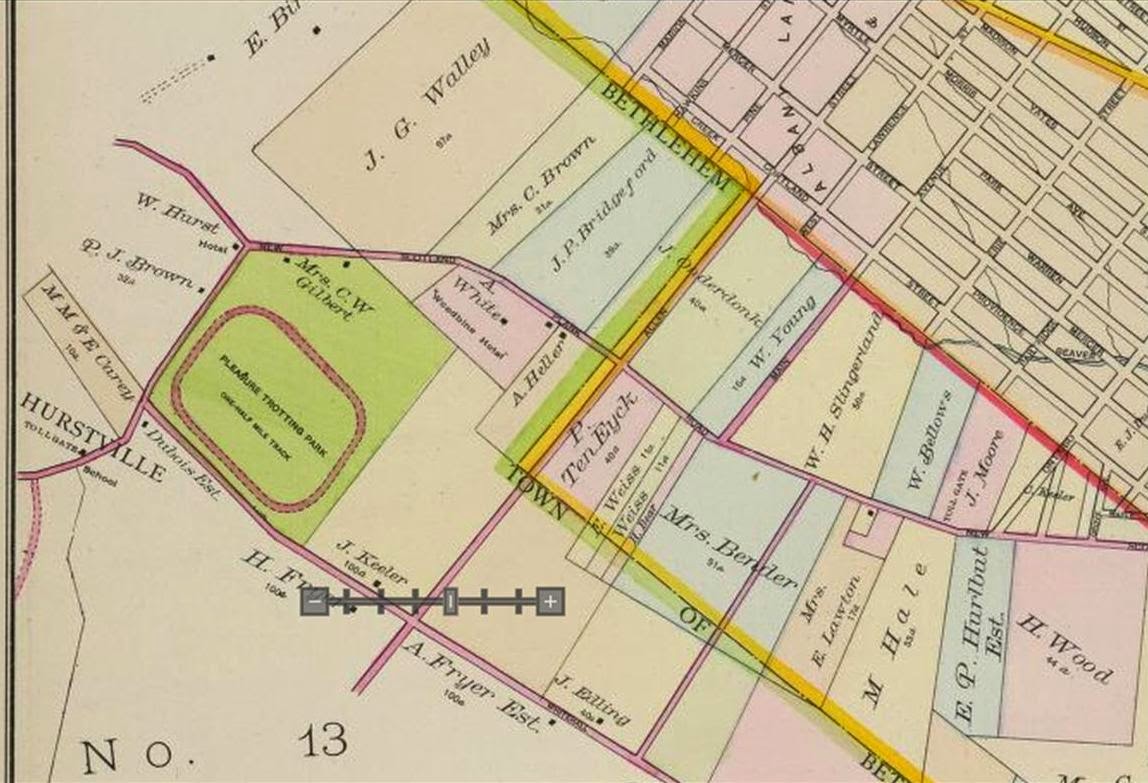 The oval in the above map from 1891 is the Pleasure Trotting Park.  The dot near the name W. Hurst is where William Hurst established his hotel.  It is the site of the former Log Tavern so it became known as Hurst's Log Tavern (in the Prohibition era it was known as the Love Nest.)  Hurst operated the race track across New Scotland Road.  This area, known as Hurstville, was annexed by the City of Albany in 1917.  Just to orient you, the hotel was on New Scotland at the corner with today's Krumkill Road.  If you squint, you can see that the road at the bottom of the map near A. Fryer is Whitehall Road.  The small lettering under the Pleasure Trotting Park reads One-Half Mile Track. 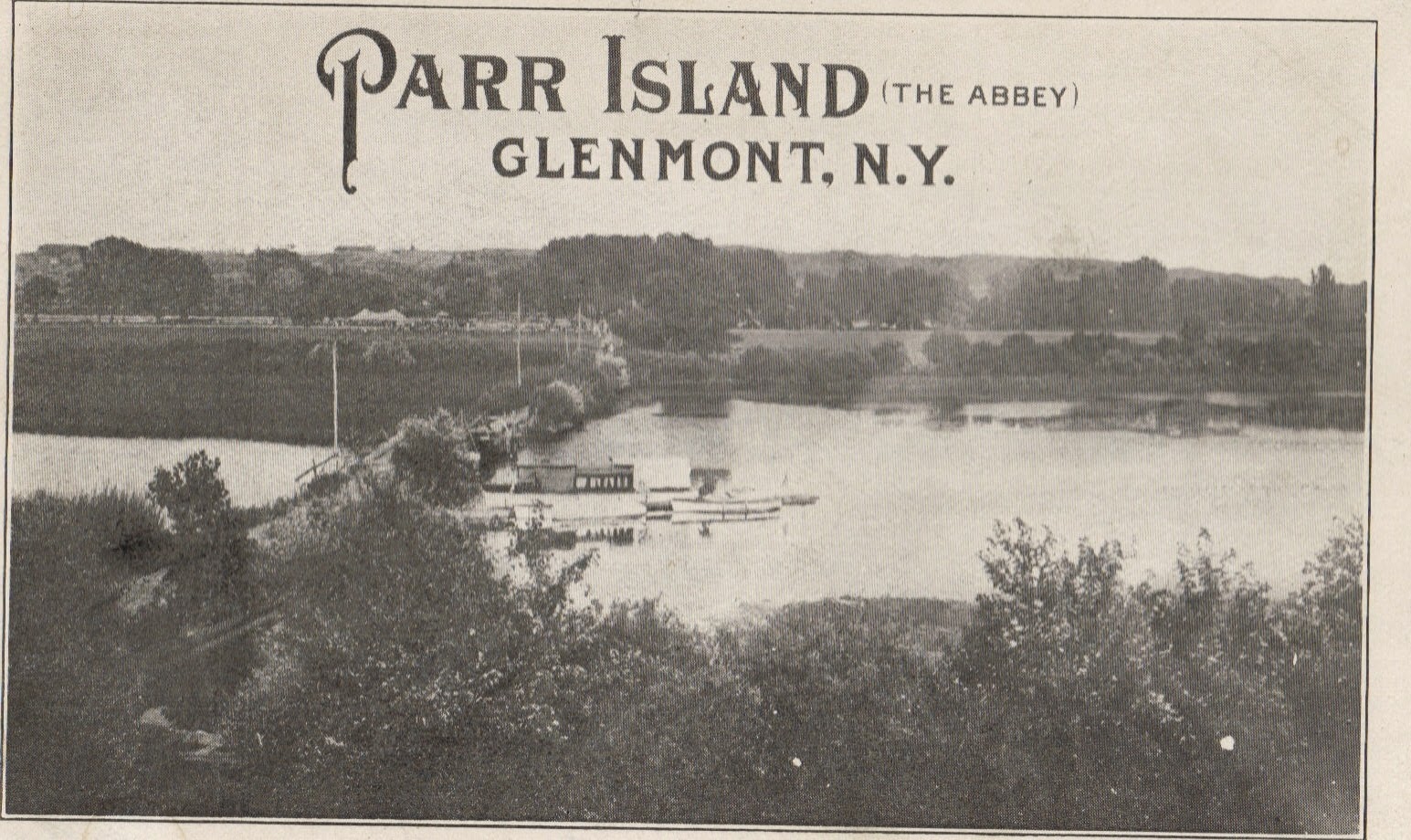 Henry Parr took over the Abbey Hotel in Glenmont in 1881 and soon connected the well known hotel and tavern on Route 144/River Road to Parr Island.  Parr Island became a destination for many, especially those from Albany looking for a respite from city life.  Folks enjoyed picnics and swimming, boat rides and of course races.  I've found references to human, horse, automobile and motorcycle races at Parr Island. Here are a couple of ads.

Wemple is a place name remembered in today's Wemple Road.  There was a stop on the West Shore Railroad, a post office,  a few homes.  And a race track.

Despite what the ticket below says, I am sure the track was on the southeast corner of Wemple Road and River Road.  Not 9W. 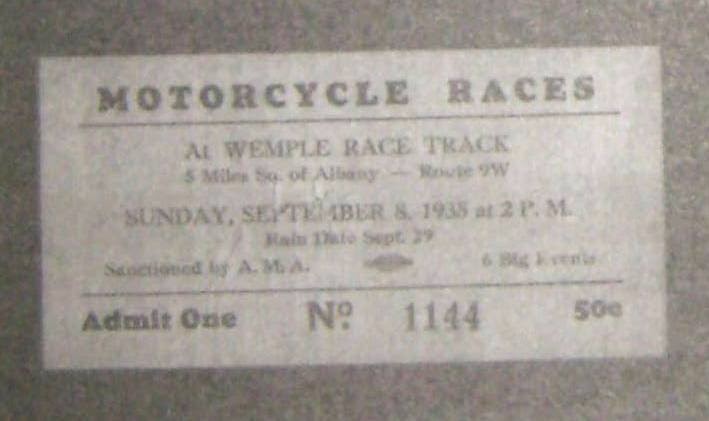 And that is about all I know about horse racing in Bethlehem.

Just for fun - here's a blurb from the Altamont Enterprise about folks from the Kenwood School  shaking the foot at Parr's. 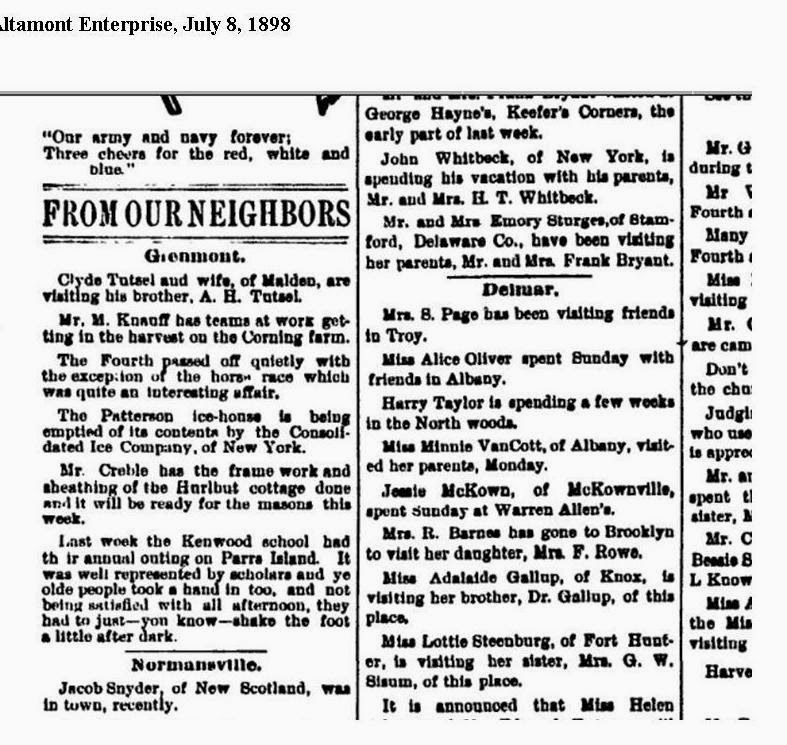