Recently a friend recommended the book In Defiance: Runaways from Slavery in New York's Hudson River Valley 1735-1831.  I have written about slavery in Bethlehem here before.  That blog post ended with an "I wonder" about the 254 people who were listed as slaves in the 1800 census. In Defiance, provides plenty of food for thought.

The vast number of runaway slave notices during this period is indicative not only of how widespread the institution of slavery was in the Hudson Valley...but also speaks of the magnitude of the struggle for freedom being fought by an oppressed and enslaved people.  The dangers of running and the consequences if caught were dire and had to have struck abject fear into the hearts of those contemplating such a feat.  Yet, for many, the opportunity to live as a human being, out of bondage, able to breath the air in freedom, was worth the dangers. It was  a courageous choice.  (From the Forward by A. J. Williams-Myers)

Below are two notices from Bethlehem (there are 7 in the book with Bethlehem connections) which hint at the stories of Will and Anthony, both of whom took away with them a wide assortment of clothing.  You also might recognize the slave holders' names. 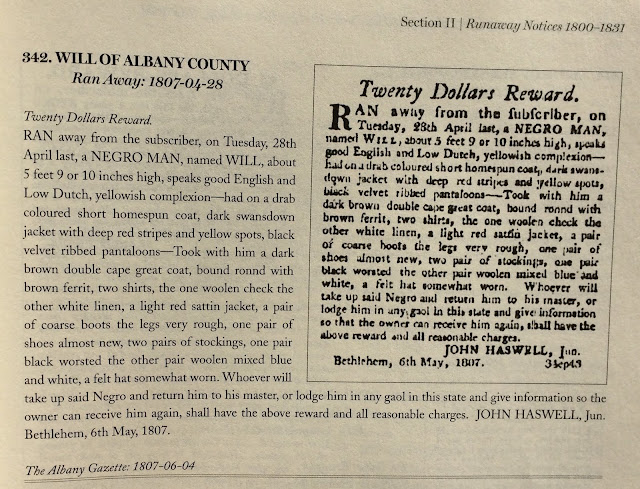 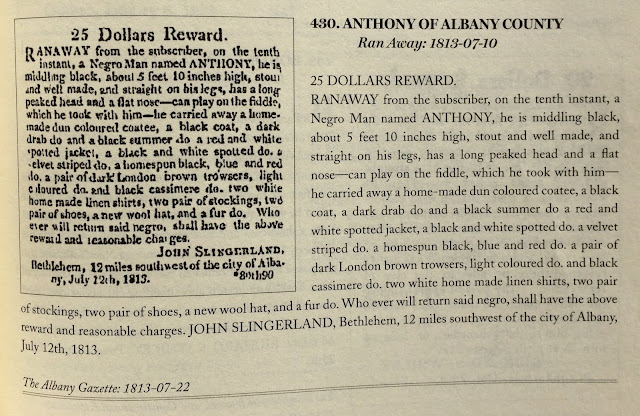 The notice below, while not from Bethlehem, captured my imagination.  Jacob, age 24, ran away on Friday afternoon, February 20, 1764 from Albany. 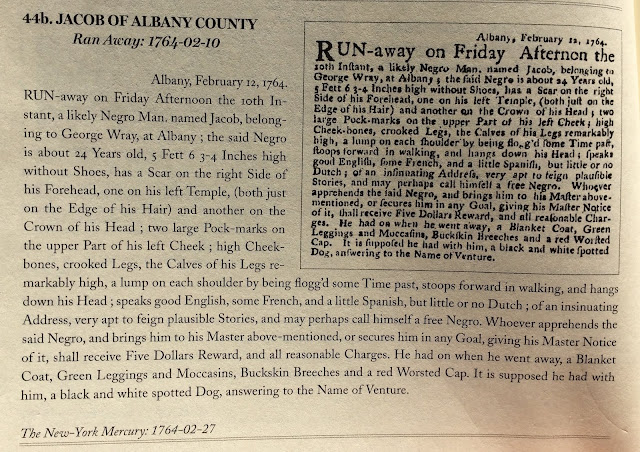 I imagine him walking down a snow covered forest path, his gait painful, wary, yet bold, courageous to run into the wilderness surrounding Albany, his red woolen hat bouncing on his head, and his faithful dog Venture at his side. I imagine him able to talk himself out of dangerous situations and asserting his right to freedom.  What adventures will Jacob and Venture have as they travel north towards Canada on the eve of the American Revolution? The optimist in me wants them to have a happy ending, the pessimist notes that the ad was placed just 2 days after he left.  Some other person might embark on their own adventure for the sake of the five dollar reward.  OK, at this point I really am just writing fiction.  What can I say, the pairing of Jacob and Venture would make an excellent novel! 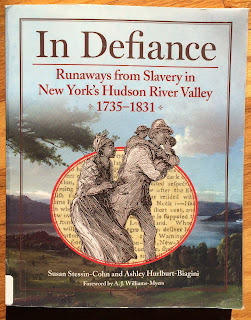