I received a letter recently from Doug Hauser in which he told many stories of growing up in Slingerlands on McCormack Road.  He lived there from age 1 in 1955 to 1976.  The one I want to share today is about this barn. 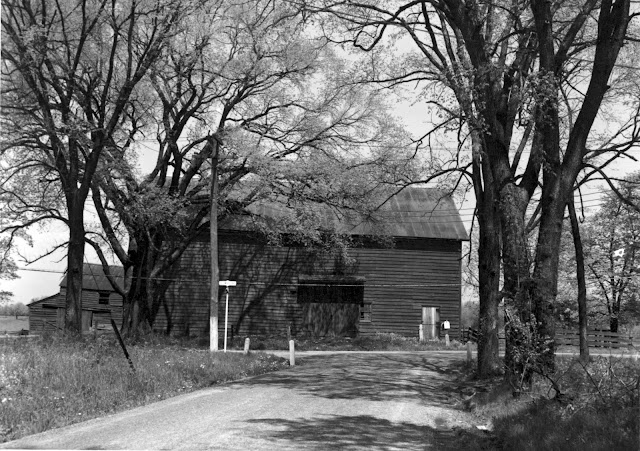 The photo, courtesy of the Bethlehem Historical Association, is found on page 52 of my book Bethlehem and here's my caption:


Today, the intersection of Van Dyke Road and Delaware Avenue bustles with traffic around Bethlehem Central High School, Eagle Elementary, and the district's bus garage.  In this photograph, from May 10, 1953, just before the high school was constructed the following year, the area retains its rural atmosphere.  The Morehouse barn was later demolished, and Londmeadow Drive took its place.


The barn across from the Bethlehem High School was "disassembled" by my father, with help from by brother and me, around 1970, not quite "demolished" as you say.  He took it apart, board by board, beam by beam, to finish the inside walls of his living room on McCormak Road, and to build a "summer house" (screened in detached porch) which hung over the valley.  He brought the wood home, sometimes balanced precariously, in the back of his Volkswagen Micro-Bus.


Isn't it nice to know the barn boards and beams were re-used?  Thank you Doug for the correction and the stories!