Every once in a while I pick up an old Bethlehem postcard from eBay.  The one below came up recently.  It is an image I have seen before - in fact it is on page 19 of my first book.  But there is not an actual hard copy in the town's archive.  Only the digital one I borrowed.  So, I snapped up the postcard for less than $5.  The listing only had the front image and the fact that it had been mailed and the condition was so-so. 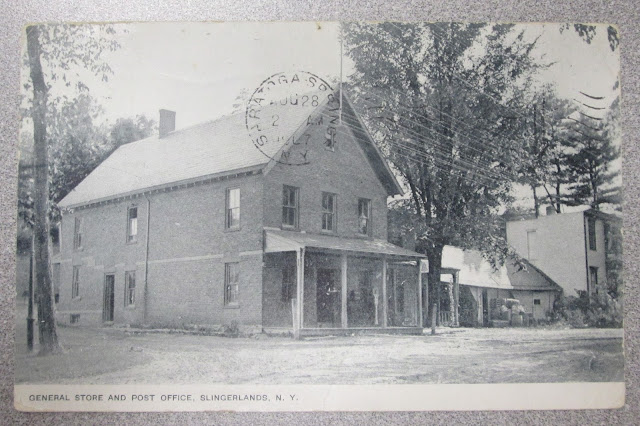 I had an enjoyable history moment when it arrived and I read what was written on the back.  It was mailed to Harold B. Slingerland - wait a minute - I know that name.  And it was signed "With love Papa." How sweet is that? 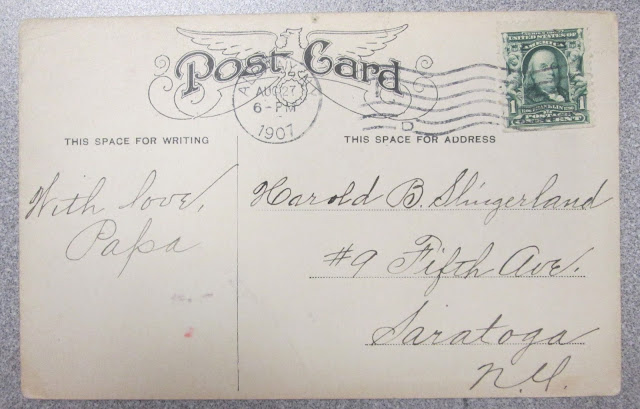 Then the curiosity set in.

It turns out that Harold B. Slingerland is the son of William and Alice Slingerland and was born February 12, 1898.  In the 1900 US census he is about 2 years old living with his mom and dad (who is a civil engineer) on Fifth Avenue in Saratoga. Harold B, grew up in Saratoga, married Ina, became a lawyer and by 1940 he and his family were living back in the hamlet of Slingerlands.

Harold is the grandson of William Henry Slingerland, prominent Bethlehem citizen, and I think, loving Papa to his grandson.  He mailed him this card when Harold was 9 years old.  It is post marked August 28, 1907.

Now if you are really, really curious you can pop on over to Google maps and use street view to see the house at #9 Fifth Avenue in Saratoga where Harold grew up.

And yes, the general store on the front of the card is the building still standing on New Scotland Road in Slingerlands where Village Pizza is. 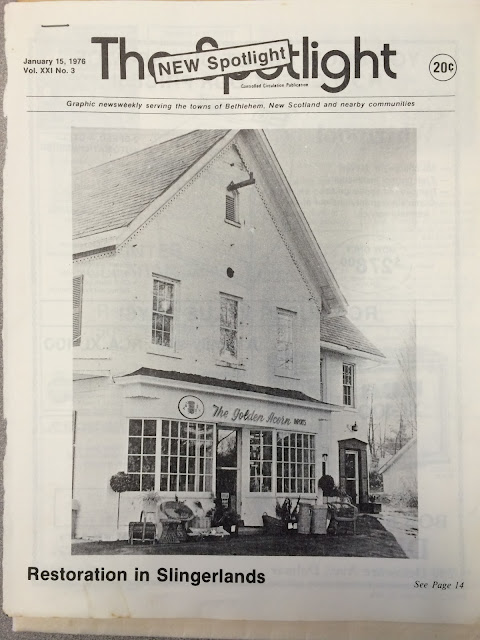