In honor of Veteran's Day, I give you these snapshots of Rupert Wiltsie of South Bethlehem. 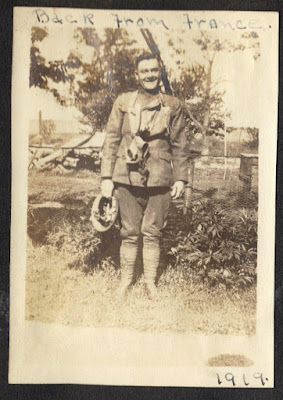 After the war, Wiltsie returned home to South Bethlehem. He was living there with his parents during the 1925 NY census where he was listed as a fireman at the quarry (Callanans). By the 1930 US census, Wiltsie was married to Nettie, living in Ravena and still working at the quarry - now as a well driller.

Note the handwritten "Back from France" on the top picture. 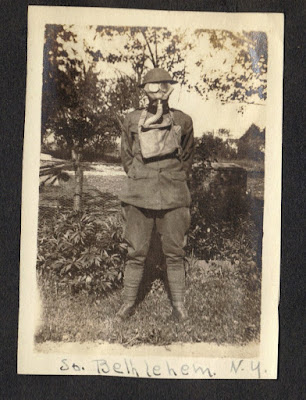