Sometimes my job is all about serendipity. 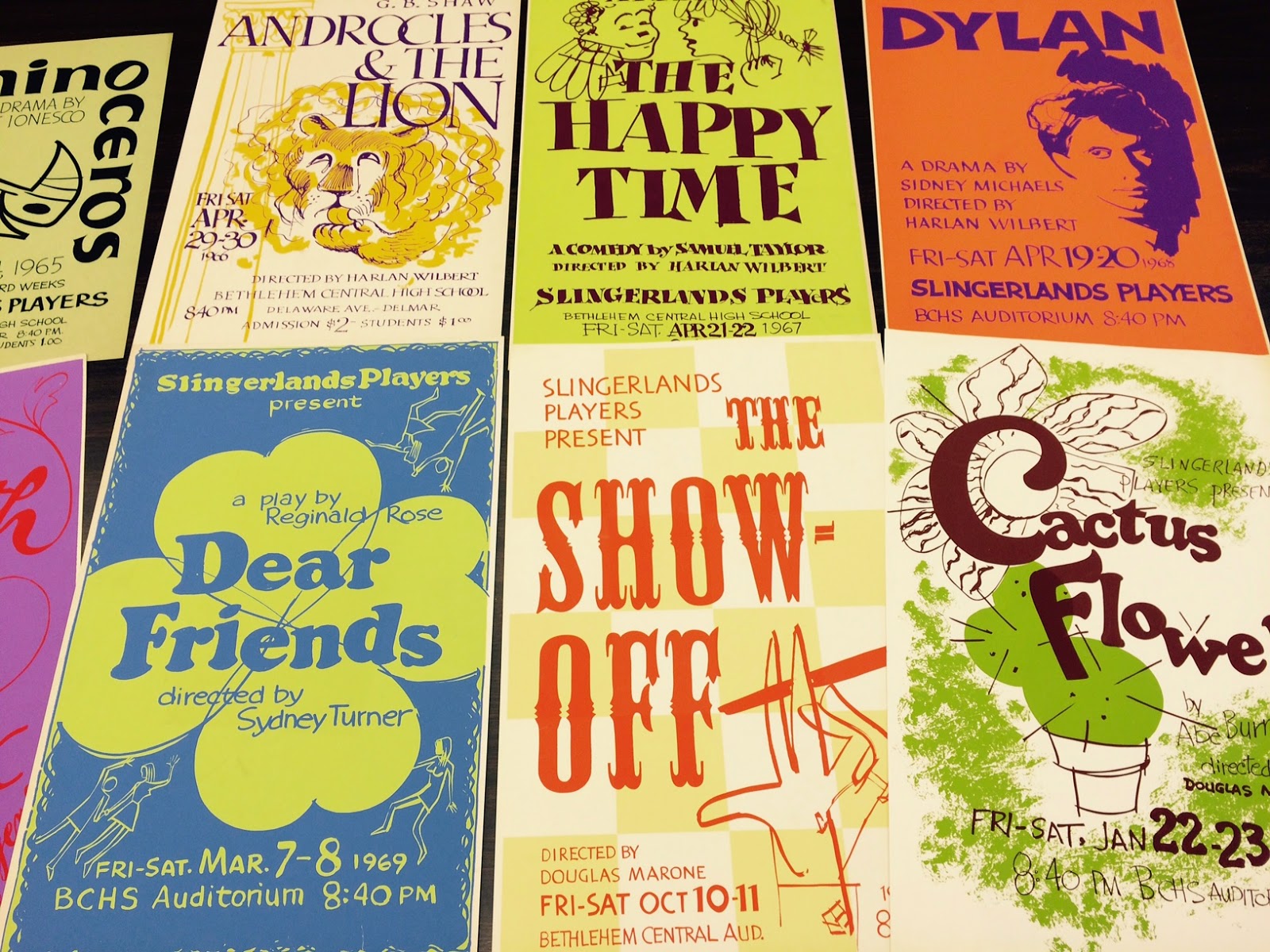 It turns out that Moore was a graphic designer who lived in Elsmere.  He designed many, many of the promotional items for the Slingerlands Players and saved most of them. 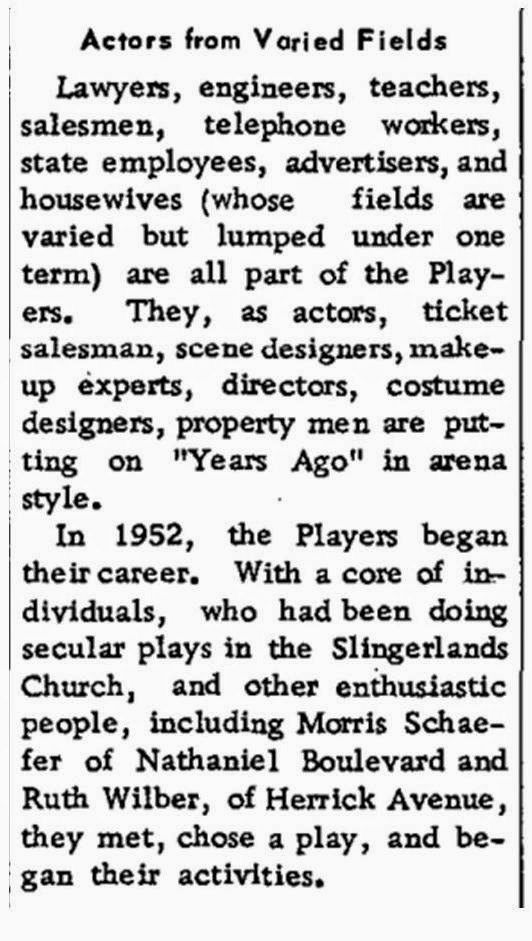 (Love how they describe housewives!)

Productions, usually two or three a year, were put on at the Middle School and later the High School.  In 1972, they were able to buy a run down, former hotel in Unionville. It was just off Delaware Avenue on Unionville Feura Bush Road.  The Unionville Playhouse was their home until the group disbanded in the early 1980s.   For about 30 years, the Slingerlands Players were a fine example of community theater.

John L. Moore became involved with the Slingerlands Players as early as 1965 - he, his wife Hedi and their three children, moved to Elsmere in 1959.  He opened his own shop, John Moore Graphics, in 1972.  Besides his excellent graphic design work for the Players, Moore had a few bit parts here and there, worked on production design, scenery and sets.  Moore passed away in 2012. Hedi still lives in Elsmere.

When I asked his son what else I should know about his father, he threw in the tidbit that he was a long time friend of Julia Child.  Moore met her before she was a famous chef while both were in the service in World War II.
Posted by Susan Leath at 11:02 AM