What am I thinking about historically today is murder. Specifically the murder of Maria Van Dusen Hendrickson.

While poking around on https://archive.org/ last night in search of Bethlehem gold rushers, I found a copy of this book. 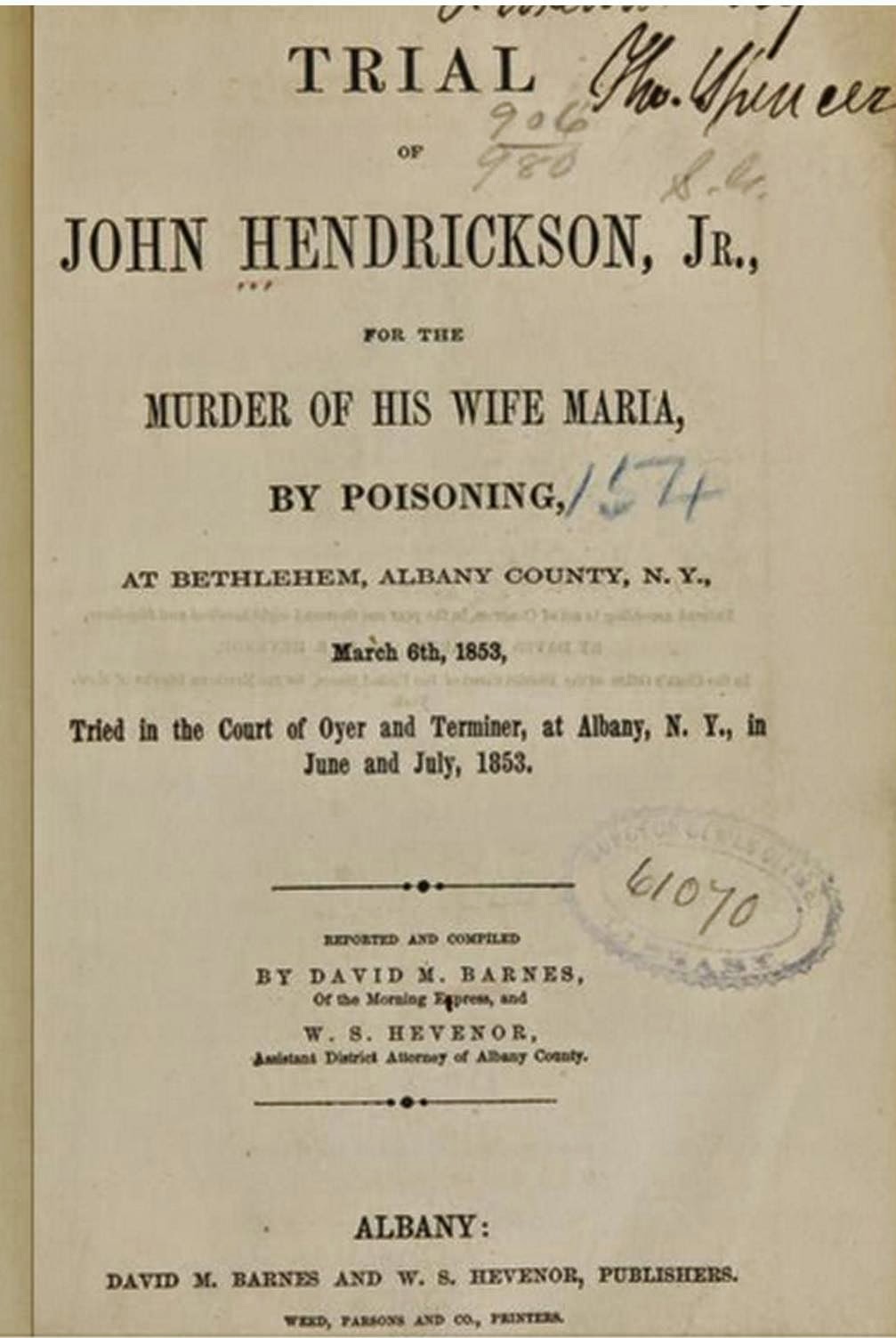 I have known of this event for some time, but hadn't given it much thought until the book popped up on the search results. It makes for fascinating reading.

District Attorney Andrew J. Colvin lays out the prosecution in three areas of evidence: moral, medical,chemical.  Attorney for the defense Henry G. Wheaton is equally thorough in his rebuttal.   The moral evidence reads like a best seller crime novel.  A young couple with a troubled marriage; philandering husband, depressed wife.  The medical and chemical evidence reads like an episode of CSI. I mostly skipped that part. Once I read about a particularly "congested, corrugated and contracted" internal organ, I had had enough of that.  Throughout the book, folks with recognizable Bethlehem last names are called to testify; names like Mead, Haswell, Slingerland, Winne, VanWie, Swinburn, Sprinsteed, Salisbury, and Houghtailing.

What strikes me is that human nature hasn't changed that much.

And in case you are curious.....the verdict; Guilty.  The sentence: Death by hanging.