Hotels and Taxes.  A strange combination, but that's what I have been thinking about this week in Bethlehem history.

First, my school tax bill came in the mail.  Then, while looking for info about the Home Lawn Hotel in Slingerlands (it will be featured in the October Our Towne Bethlehem) I came across this item in the Altamont Enterprise. 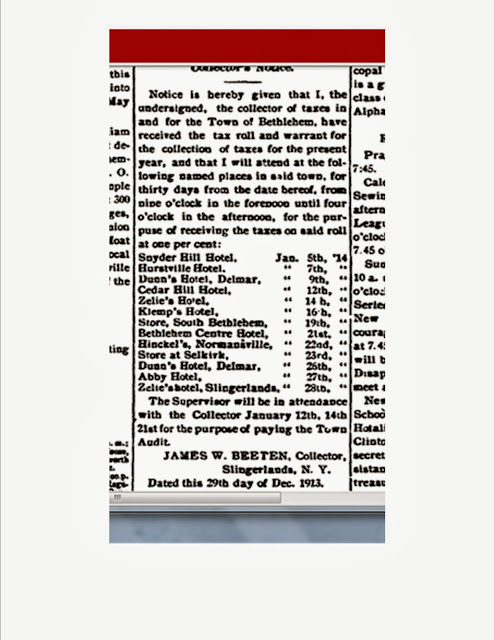 One hundred years ago, I would have had to saddle up and head to a local hotel in order to pay my property tax, and hand over my payment to Mr. Beeten.  If I showed up at Zelie's on the 14th, I could bend the ear of supervisor Charles D. Niver.
(Note: I am not sure about the school tax bill.  In our town, where the school districts are separate from the town, we pay two different tax bills.  I'll have to do a little more digging on where the school taxes were paid.)
Where are these old hotels and gathering spots?.
Snyder Hill Hotel still stands, sort of, on today's Martin Drive off of Rt 32.  Here's a pair of then and now photos of Snyder's (now being 2009 - the building probably is in worse shape in 2013.) 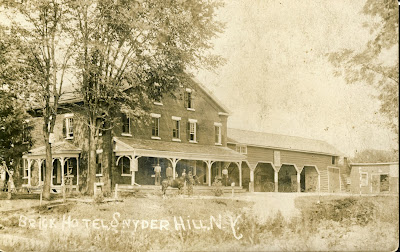 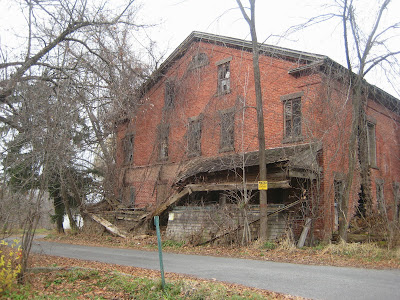 The Hurstville Hotel  was probably on New Scotland Road near Whitehall Road, a section of town that was annexed by Albany in 1967.
Dunn's in Delmar is a mystery.
Cedar Hill Hotel was on River Road just  north of Beaverdam Road. I believe it burned down in the 1960s.
Zelie's is the Home Lawn Hotel in Slingerlands which was run by Rufus Zelie from 1897 to 1917.  It is on the corner of New Scotland Road and Mullens Road.
Klemp's is another mystery.
Store in South Bethlehem was probably located near the intersection of Bridge and South Streets.
Hinckel's in Normansville was on Mill Street (now in the City of Albany) opposite the lower bridge over the Normans Kill.
Store at Selkirk is another mystery, probably in the hamlet on Maple Avenue near where it crosses the railroad tracks.
The Abbey Hotel was located on River Road in Glenmont just north of the intersection with Glenmont Road.
NOTE: Blogger is being a pain about uploading photos - will try again later.
Posted by Susan Leath at 2:46 PM