Three years ago I wrote about those pesky Guy Park lions.  Go read it now.
http://bethlehemnyhistory.blogspot.com/2014/01/the-lions-at-cedar-hill.html 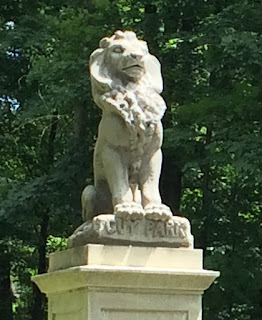 If you've ever been down to Henry Hudson Park you know the lions I am referring to.  And you  know that in recent years the ones that used to be on River Road have been moved and there are now two pairs along Barent Winne Road.  Both sets of lions are inscribed with the name Guy Park.

This morning I've been reading some old deeds I found in a folder related to the nearby Barent Winne house and dock.  Included was a transcript of the will of John Taylor Cooper.  The will is dated December 27, 1866, and specifically refers to the "farm and country seat town of Bethlehem known as Guy Park" (which by the way he bequeathed to his wife Angelica.)

My earlier blog entry cites a newspaper from 1969 which says

“J. B. Lyon bought the estate in 1887 from the well-known James Fenimore Cooper.  Mr. Lyon called it Guy Park after the area in England from which he came." 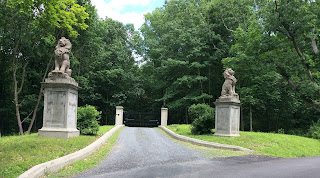 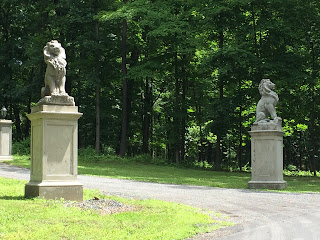 So, apparently, both Cooper and Lyons called the property (and I do know it is the same property) Guy Park.  But why? Why?  Is it after a place in England?

The only Guy Park I could find in England is Guy Street Park in London which is nearby to Guy's Hospital which was founded by Thomas Guy (1644-1724) who, wonderfully, was a printer and bookseller, just like J.B. Lyon.

And, finally, to muddy the waters even more, a clipping from the Times Union from September 1897 about a party at "The Lions" which even includes a picture of the house. 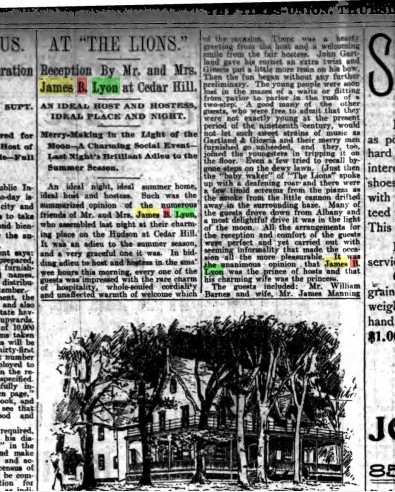