As you know, one of the fun parts of my job is the random things that turn up on the historian's desk. Last week, the town's planning department must have been cleaning house because I received a draft copy of a historic structures inventory completed in 1992 for the L.U.M.A.C. (i.e. the Land Use Management Advisory Committee.) Flipping through the pages, what struck me are the places that are gone and the places that were falling down then but all fixed up now.  What a difference 25 years can make.

Here are some favorites. 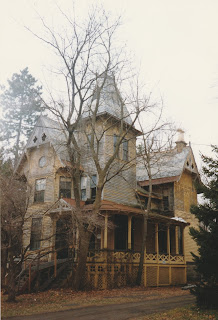 Here's the Ironweed House (AKA the Dillenbeck House) on New Scotland Road in Slingerlands. Top is 1992, bottom is 2008. 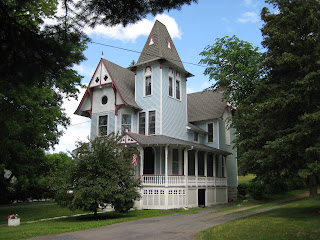 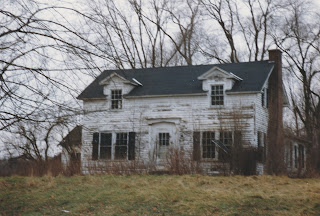 I always think of this one as the Moon House because of the moon shape cutouts in the shutters.  It is on the corner of Elsmere and Feura Bush Roads.  Top is 1992, bottom is 2008. 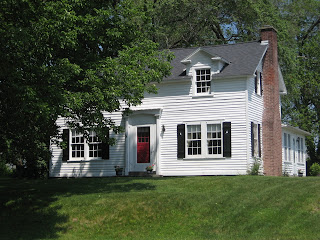 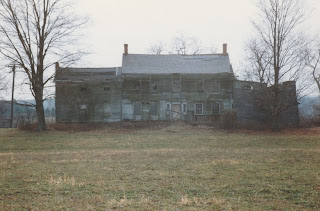 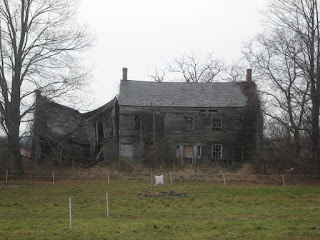 This is the Gerrit Oliver House which dates to the late 1700s.  It is at the end of Meads Lane near Delaware Avenue and is slowly returning to the earth. The top picture is 1992. The middle is 2009 and the bottom one is from Google Street View. I'm not sure of the date, but probably from 3 or 4 years ago.  (I only know this because I live not too far from here and the Street View of my house shows my old blue car.) 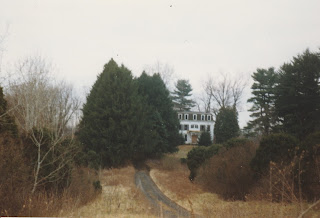 Now this one I was surprised to see still standing in 1992.  This big old place with its Second Empire style - love that massive mansard roof - used to be off of Krumkill Road across from where Schoolhouse Road comes in (the stub of road on the roundabout would have lead to this house.) According to LUMAC, is was built by J. I. Jacobson in the early 1850s.  His daughter (name unknown 😆) married J. L. Blessing and they remodeled and enlarged into the Second Empire style. Below are some pictures of the house from the late 1970s.  The place must have come down not too long after the 1992 picture. 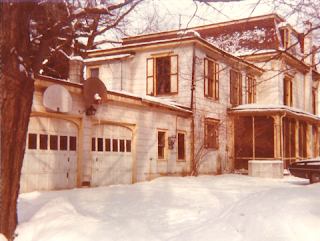 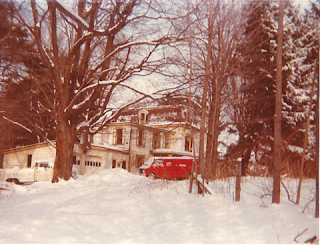 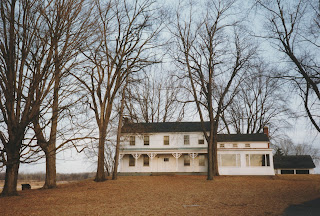 And finally, this farmhouse, gone but not forgotten.  It was the Kelderhouse home, later part of Heath's Dairy.  It was located at the corner of 9W and Wemple Road.  Above is 1992, below is from Bing Maps and the house is just barely visible in the trees to the left of the barn.  Bottom is the same view from Google, and the house is gone.  Go enjoy those old barns while you can - they are sure to go soon.