July’s then and now article for Our Town Bethlehem looks at a simple farm house on Old Quarry Road built about 1859.

Pop on over to http://www.ourtownebethlehem.com/ to read the article.

As always, I ended up with more questions than answers.  Here are a few loose ends I am still wondering about. But let's start with a cute dog. The current owners are lucky to have been given a large envelope of old documents and photos after they purchased the home.  I couldn't use them all, but  don't you just love this pup named Fluff? 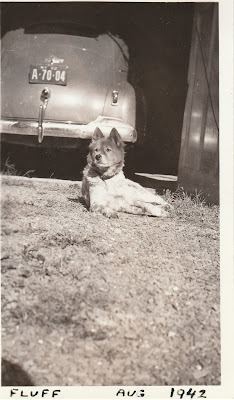 Moving along, Thomas and Eliza Pierce, original owners of the property, immigrated from Ireland around 1840.  How did they end up out in the boondocks that would have been Old Quarry Road in the 1860s?  I find it interesting that the 1870 census shows Edwin (age 21) and Elizabeth (age 19) Malone living next door to the Pierces.  They were both from Ireland and married less than a year.  He is working on the railroad as is Thomas Pierce. I imagine a cute young Irish couple – were they relations of the Pierces?  What is the story?!

It appears that Thomas and Eliza were part of the massive waves of Irish immigration that occurred in the 1840s, 50s and beyond.  Between 1820 and 1860 almost 2 million Irish arrived.  The Pierces are part of that story.

And finally, what is the story of the old quarry on Old Quarry Road?  Love these USGS maps that show where a bite was taken out of the hillside. 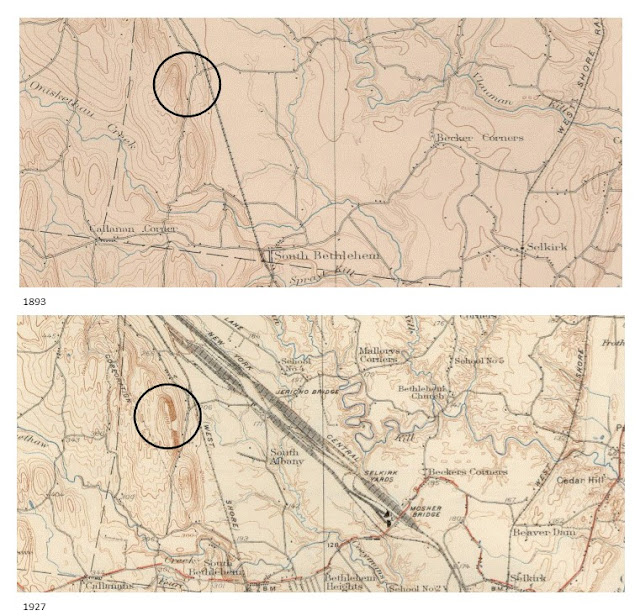