So, it has been a while since I have posted.  June and early July have been hectic.  The Daughter graduated from Bethlehem Central High School and we celebrated my mom's 90th birthday with a picnic and family reunion.  Big doings in the Dempsey-Hardy-Leath family.

While thinking about graduations, I trolled through the town's collection of old photographs and came upon this gem. 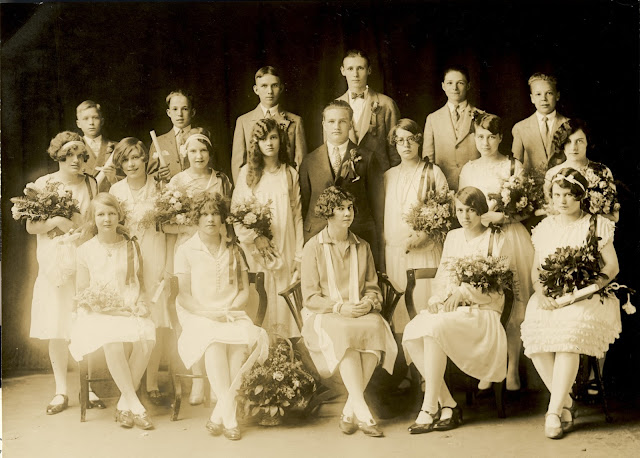 This is 1926 eighth grade graduating class of Elsmere School. In the back row, second from right is Allan Hogancamp.  His portrait is below. 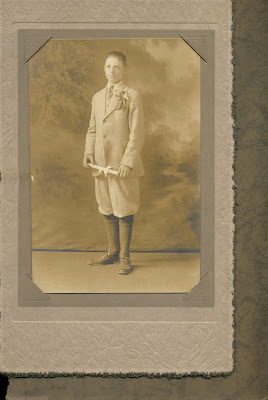 With a little time to kill this morning, I noodled around on the internet to see what I could find out about Allan.

The 1925 NY census has the Hogancamp family living on Kenwood Avenue in Elsmere.  Frank and Grace have 4 children, Allen age 12, Walter age 11, Ralph age 7 and Marion age 4.  (Son Paul would join the family in 1930.) Frank is a baker - the previous NY census in 1915 lists him as a confectioner.  Also in the home in 1925 is Susie Hogancamp, age 64, Allen's grandmother.

Susie (aka Susan Elizabeth Whalen Hogancamp) was married to John Hogancamp who died tragically of a fractured skull due to a railroad accident in Delmar in 1892.  Susie and John are buried at Albany Rural.

The family was active with the Delmar Reformed Church, Allan served with the military during World War II, married (newspapers consistently refer to Mrs. Allan Hogancamp - I think her name was Clara) and the couple had one daughter - Carol. They lived on Elsmere Avenue.  Allen served with the Elsmere Fire Department and died at age 68 in 1981.

So, that's what I found out in an hour's time on the internet.  I am sure there is more out there regarding the Hogancamps - they seem to have been active community members. 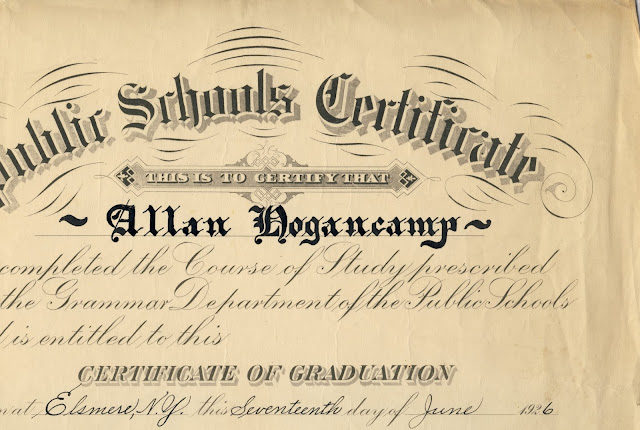