Did you see Bill Howard's article The Cruel Year of War in the Sunday June 29, 2014 issue of the Times Union?

Here's a link to the online version. http://www.timesunion.com/default/article/Commentary-The-cruel-year-of-war-5587046.php#page-1

Sadly, the online version does not have the photos, so here's a snapshot. 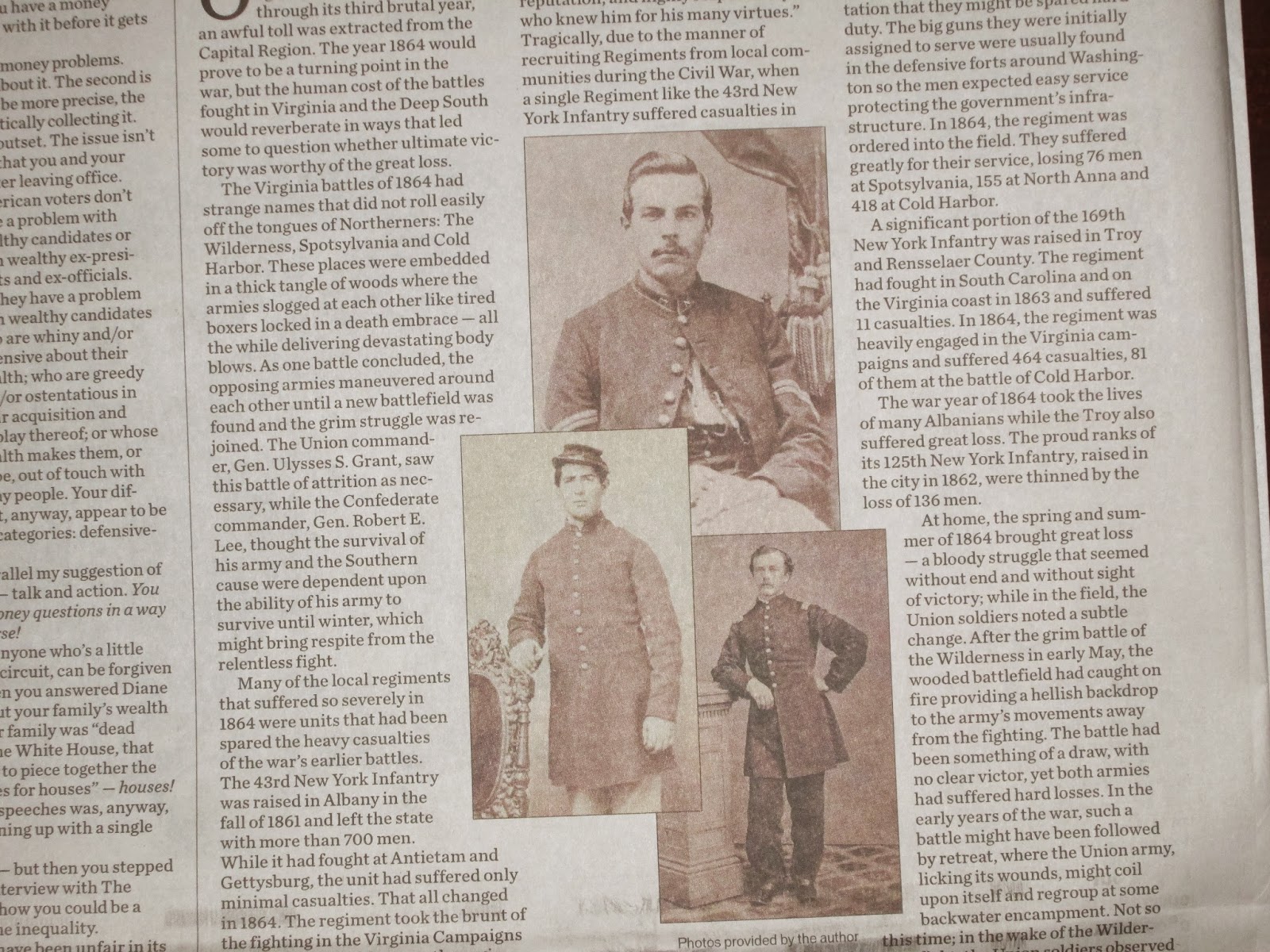 The two on the bottom are of particular interest because of their Bethlehem connection.

On the bottom left is Pvt. William Frazier of Slingerlands.  Frazier was born October 19, 1844 and enlisted with the 91st New York Infantry in March of 1864.  He survived the war and lived on Maple Avenue until his death in 1926 at the age of 82.

On the bottom right is Capt. David Burhans of Bethlehem.  Burhans was born on June 24, 1840.  He served in Company H of the 43rd New York Infantry and died while carrying the regimental flag at Po River, Virginia on May 10, 1864. He was just 23 years old.  Here's how he was described in Heros of Albany County. 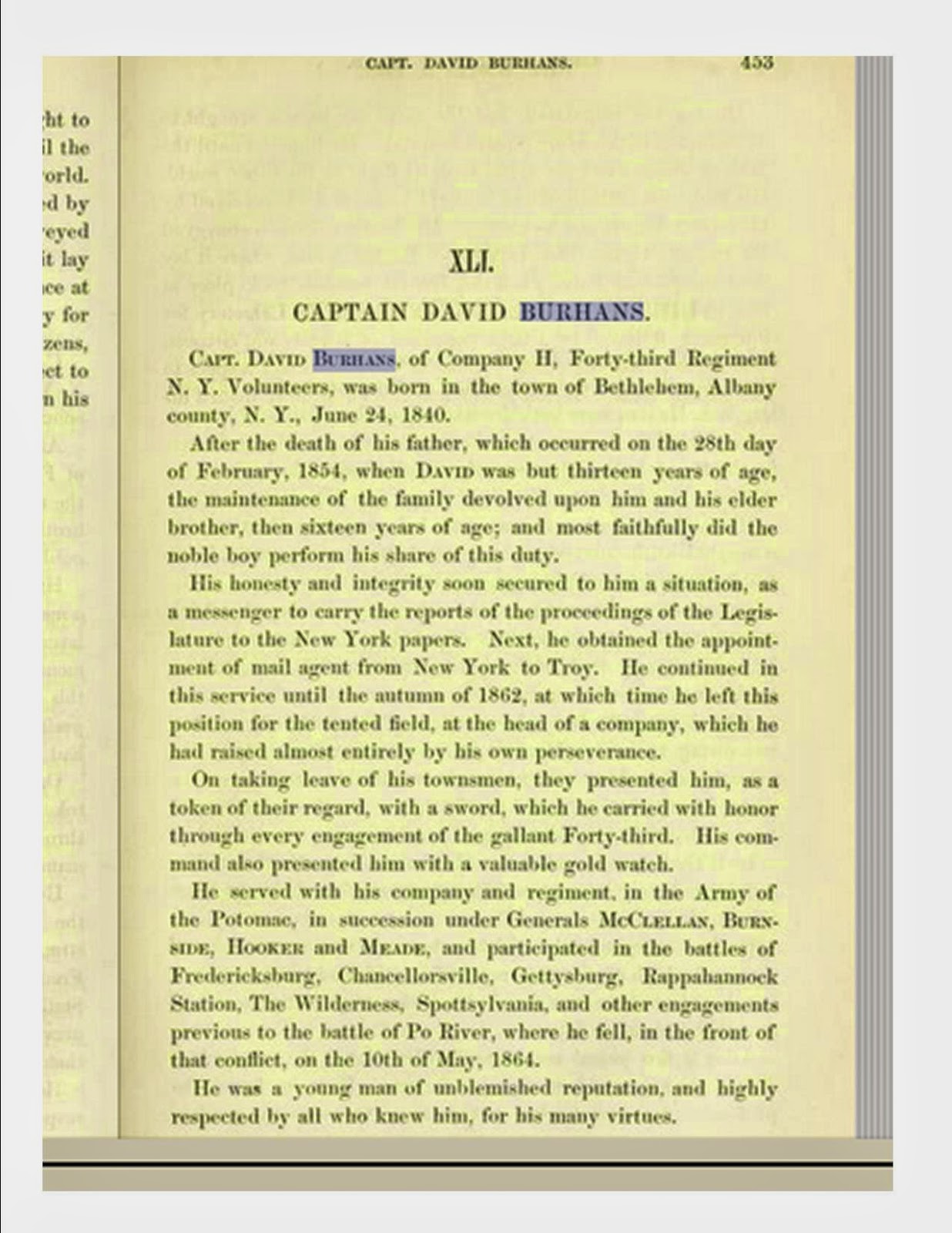 And in case you are curious, the top picture is of Cpl. William H. Fisher who served in the 97th New York Infantry and died on May 15, 1864 from wounds he received at Gettysberg and The Wilderness.  I don't know of a Bethlehem connection for him.
Posted by Susan Leath at 9:35 AM